Our main betting previews this week focus on the return of the Premier League, and the match kicking-off at 8:15pm on Friday when Spurs take on Man Utd at Tottenham Hotspur Stadium.

As well as the match preview below, we've also listed online bookmakers best odds as well as the betting offers you need to know about if you're having a bet on Spurs v Man Utd.

Check out the best odds that British Bookmakers offer for a Spurs win (H), a win for Man Utd (A), or a draw (D) below. Use the ALL ODDS tab to compare bookmakers odds.

As well as bookmakers best odds, we've also listed the best signup offers and betting promotions to use on the upcoming Premier League match between Spurs and Man Utd.

You can watch Spurs v Man Utd live on SkySports at 8:15pm on Friday evening. 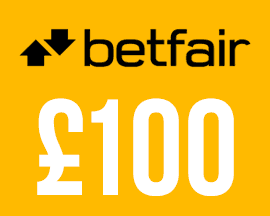 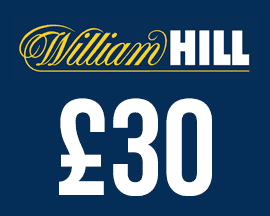 After a 3-month break due to Covid-19, the Premier League finally returns this week, with one of the most anticipated fixtures taking place on Friday night between Spurs and Man Utd.

This match was due to take place back in March, when Man Utd looked in much stronger form than Spurs, and would probably have easily beaten Mourinho’s side.

Although bookmakers offer Man Utd as favourites to win the game, both sides have had a lot of time off, and have also seen a number key players return injury, which could effect the outcome.

Online bookmakers envisage Man Utd grabbing an away win, and with only 4 points separating each side, they'll both be desperate to win their first match back after the break.

Man Utd have won the last 2 games between the two sides, however Spurs won the previous 2 fixtures and may come back stronger than they were with Harry Kane now back in the side.

Based on previous performances, it’s easy to see why bookmakers offer Man Utd as the expected victor’s, however 3 months without playing and also undertaking a full training schedule, could provide an interesting return to Premier League football.

Spurs v Man Utd will be shown live on SkySports at 8:15pm on Friday night.

In the lead up to the anticipated fixture, we've taken a look at both team’s recent performances, and any player injuries that could affect either managers match preparations.

Spurs are the underdogs coming into their first Premier League match after the break, and given their less than stellar performances this season, it’s no wonder they aren’t expected to win.

José Mourinho’s side was unraveling, having only won 3 of their last 10 fixtures before the season was halted, and they'll need to improve from those performances if they want to win.

Their last 3 Premier league outings were pretty shocking, resulting in losses against Chelsea and Wolves, while only holding Burnley to a draw in their last match back in March.

Spurs currently sit in 8th place in the Premier League table on 41 points, and a victory against Man Utd on Friday night could see them close the gap between the two sides to a single point.

No doubt Mourinho still has his eyes on a Champions League spot, and with City ‘s UEFA ban, even a top 5 finish could see Spurs make it through to Europe next season.

An early win against former employers Man Utd would be a fantastic result to kick-start Spurs.

Luckily for Mourinho, he's pretty much got a full squad to choose from, unlike back in March when Spurs had serious injuries to key players that really affected their performances.

Star striker, and England captain Harry Kane is back in contention, as is Heung-min Son, although Dele Alli is still suspended and Troy Parrott has been ruled out.

Looking at the last 5 fixtures that Spurs have played in doesn't look good, as they've won 0, drawn 2, and lost 3, scoring just 5 goals (1 goal per game) and conceding 10 times.

Although their form was good prior to the season being put on hold, Ole Gunnar Solskjaer’s side weren't having the best of seasons either, and come into the match in 5th place on 45 points.

While Man Utd won 3 of their last 4 Premier League matches, they’ve only secured 12 victories from 29 matches played so far, in one of their most disappointing seasons for quite some time.

Although they had a shocking start to their Premier League campaign, they did look much stronger before the break due to the Coronavirus cancelling a lot of sport.

Prior to the break, they'd just beaten Chelsea and Watford, held Everton to a draw, and then secured a memorable 2-0 victory over arch-rivals Man City in the Manchester derby.

Fortunately Solskjaer has both Marcus Rashford and Paul Pogba back in his squad and available for selection, after they have had the downtime to recover from longstanding injuries.

If Man Utd can return to their pre-break form, they could just end the season in a much stronger position than it looked like they originally would, which may take the pressure off Solskjaer.

Although Man Utd are the favourites to beat Spurs, it's difficult to know which side will be up to speed, but whatever the outcome we’re excited for the return of the Premier league.

Man Utd's record over their last 5 matches is more impressive as they've won 4, drawn 1 and not lost. They've scored more goals than Spurs, 16 in total (3.2 per game) and let in less (1).

Spurs have played Man Utd 192 times since their first match back in 1899, with the Red Devils currently having the upper hand having won 92 fixtures, compared to 52 wins for Spurs.

There's been 55 matches between Spurs and Man Utd in the Premier League era, with the Northerners again having the upper hand with 35 wins compared to 9 for the Lillywhites.

Of the 9 wins for Spurs, 6 of them were played at home, and 3 away. The 35 victories that Man Utd recorded were also evenly split with 22 wins at home, and 13 away wins.

The last 5 Premier League matches involving these two teams resulted in 10 goals, with 2 victories for Spurs, 3 wins for Man Utd and none of the encounters ending in a draw.

The last Premier League fixture between these two sides occurred on the 4th of December in 2019 with the match that was played at Old Trafford ending in a 2-1 home win for Man Utd.

The last match where Spurs played Man Utd at home at the Wembley Stadium was when they met in the Premier League on the 13th of January in 2019 with Man Utd winning 0-1.

The biggest win that Spurs have ever had over Man Utd in a Premier League fixture was on the 1st of January in 1996 when they won 4-1 at White Hart Lane in front of a crowd of 32,852.

Teddy Sheringham scored first in the 35th minute, with Andy Cole quickly replying in the 36th, before Sol Campbell (1) and Chris Armstrong (2) completed the historic win for Spurs.

The highest score that Man Utd have ever beaten Spurs by in the Premier League era was the 5-2 win on the 25th of April in 2009 when they met at Old Trafford in front of 75,458 fans.

A brace from both Cristiano Ronaldo and Wayne Rooney did most of the damage, with ex-Spurs player Dimitar Berbatov compounding the loss with the last goal of the game in the 79th minute.

Spurs host Man Utd this Sunday at White Hart Lane and will be looking to avenge their 1-0 loss at Old Trafford on the opening day of the 2015/16 Premier League season...

Pochettino's men are also looking to keep pace with Leicester, so Spurs v Man Utd should be a great fixture to bet on especially with so many bookmaker offers to choose from.

Spurs v Man Utd is due to played on Sunday with the majority of British Bookmakers offering the home side as favourites to win a clash that will go along way to determining the top 4.

It's a key game for both teams, as Spurs are trying to catch up to league leaders Leicester, while Van Gaal is desperately seeking a top 4 finish in an attempt to save his job.

With only 6 games left in this season’s Premier League, Spurs are only 7 points behind Leicester and a win against Man Utd would give a needed boost to their title campaign.

Even though bookmakers offer Spurs as favourites, they’ve lost the last 2 games they’ve played against Man Utd, and so Pochettino’s men will need to be on form to win.

A draw could be a more realistic outcome for the match as 3 of the last 6 games have ended in draws and Man Utd's performances have been improving slightly of late.

If you're betting on the match ending in a draw, Bet Victor currently offer the best odds.

If you’re betting on Spurs beating Man Utd and keeping the pressure on top-of-the-table Leicester, Bet365 offer the best odds on a home win.

Spurs come into Sunday's match against Man Utd in 2nd place in the Premier League table, having lost just 1 of their last 11 outings in the competition.

Their last match saw them draw 1-1 against Liverpool - a result that allowed Leicester to stretch their lead by 7 points. and they'll really need to take home all 3 points on Sunday.

Spurs have won their last 5 home games and will be hoping that playing in front of Spurs fans, who've been amazingly supportive this season, will give them the boost they need.

Pochettino will be hoping that they can beat 5th place Man Utd, and given they have Stoke, Southampton and Chelsea still to play, a win on Sunday could be crucial.

Luckily Spurs don’t have too many injury worries ahead of the game. Bentaleb and N’Jie are still ruled out, but Lamela and Vertonghen are back in contention for a place in the line up.

British Bookmakers have installed Spurs as favourites for this upcoming Premier League clash but if you disagree, Ladbrokes offer the best odds on their opposition; Man Utd.

Louis van Gaal’s Man Utd are just 1 point off a top 4 spot, and a win against Spurs would keep their Champions League dreams alive and alleviate the pressure on van Gaal.

Man Utd come into the game on the back of a 1-0 home victory against Everton last weekend, and also having won 4 of the last 5 Premier League games they've played.

Spurs won’t be easy opponents, and given Man Utd have a midweek FA Cup quarter final replay, they’ll need to be on top form if they want to be in with a chance of securing a victory.

Man Utd still have a number of injuries plaguing the squad, with Schweinsteiger, Shaw and Keane all ruled out, while Jones’ return to the team is still in doubt.

There’s a lot of pressure for a top four finish this season, and with big games against Leicester and West Ham still to come, they'll need to be at the top of their game to beat Spurs.