The climax to Chelsea and Arsenal's season takes place on May 29th at the Baku Olympic Stadium in Azerbaijan where they'll go head-to-head in the 2019 Europa League Final.

The match kicking-off at 8pm between the two London rivals will be the first time since 1972 that a final of the Europa League will have been contested between two English sides.

We've got British Bookmakers best odds for Chelsea v Arsenal below, a match preview, and all of the signup and betting offers to claim if you're having a bet on the Europa League Final.

Check out the best odds that bookmakers offer for Chelsea winning the Europa League (H), a win for Arsenal (A), or a draw (D) below. Use ALL ODDS tab to view more bookmakers odds.

As well as the best odds, we've also listed the signup and betting offers that you can use when betting on Wednesday night's Europa League Final between Chelsea and Arsenal.

Chelsea v Arsenal will be broadcast live on BT Sport from 8pm on Wednesday May 29th.

Signup as a new customer at 888sport using promo code '888ODDS' and you'll get the boosted price of 11/1 on Chelsea beating Arsenal instead of 7/5.

Signup as a new customer at 888sport using promo code '888ODDS' and you'll get the boosted price of 16/1 on Arsenal beating Chelsea instead of 21/10.

Cashback if You Don't Win

Signup with PaddyPower today and bet £20 on the Europa League Final and if you don't win your bet, they'll refund your original £20 stake - in cash!

New customers only, limited to one per person. If you’ve previously had a PaddyPower account, you will not qualify for the offer. Place your first bet on any Sportsbook market and if it loses they’ll refund your stake in CASH. Max refund for this offer is £20. Only deposits made using Cards or Paypal will qualify for this promotion. T&C's Apply. 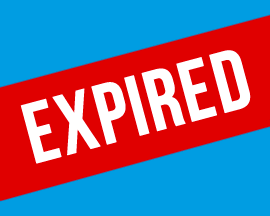 Register as a new customer at SportingBet and bet £10 on the Europa League Final and if you don't win, they'll credit your account with a free bet worth £10. 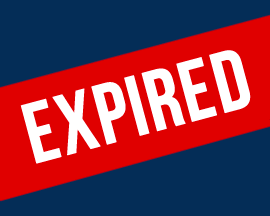 Signup as a new customer at William Hill and bet £10 on the Europa League Final and win or lose, they'll credit your account with £30 in free bets (3 x £10 free bets).

New William Hill online customers only. Min. unit stake of £10 at odds of 1/2 or greater. Only the “win” part from EW bets will count. Free bet terms, payment method & country restrictions apply. Free bets credited as 3 x £10. Free bet stakes not returned as part of the settlement of successful free bets. All Free Bets must be wagered within 30 days.

The culmination of the 2018-2019 Europa League competition take place on May 29th with the winners automatically qualifying for next season's Champions League.

Chelsea finished 3rd in the Premier League and have already qualified for the Champions League so this is 5th placed Arsenal's last chance to qualify and also win silverware.

With so much to play for, and two fierce London rivals contesting the Europa League trophy, it’s set to be one of the most exciting Finals in quite a long time.

If you’re having a bet on the Final, you’ll find bookmakers have already started to offer a range of generous betting offers and enhanced odds deals that you can use on the match.

British bookmakers offer Chelsea as favourites to win, but Arsenal actually finished the season in better form and cruised into the Final on the back of a 7-3 aggregate win over Valencia.

Chelsea only went through on penalties after drawing 2-2 with Eintracht Frankfurt.

Unai Emery’s side have also won 5 of the last 10 matches they've played against Chelsea in all competitions, with Sarri's side only winning twice and 3 of the fixtures ending in draws.

Although there is a lot of excitement about the 2019 Europa League Final between Chelsea and Arsenal, there has also been quite a lot of controversy surrounding the match.

Limited tickets have been made available to each club, and the cost and difficulty of getting to the Final in Baku, Azerbaijan has turned a lot of fans off.

The location has also caused issues, with Arsenal's Armenian midfielder Henrikh Mkhitaryan missing the match due to the political tensions between Azerbaijan and Armenia.

In the lead up to the 2019 Europa League Final; Chelsea v Arsenal, we've taken a look at both team’s form, and any player injuries that could affect who you decide to bet on.

Chelsea had a pretty solid season, securing a 3rd place spot in the Premier League, and beating Eintracht Frankfurt 4-3 in a penalty shootout to reach the Europa League Final.

Maurizio Sarri’s side come into the match as the bookmakers favourites, however they haven’t the best track record against Arsenal and this won’t be an easy match for Chelsea to win.

The last time Chelsea won a Europa League Final was back in 2013, and although Sarri will be looking to add to his silverware, he's also dealing with a number of injuries.

Loftus-Cheek was injured in their last match and is set to miss the final. Also ruled out are Cahill, Rudiger, Hudson-Odoi, Ampadu and Van Ginkel, while Kante is expected to be back.

It’s a close call when you have two of the leading teams in English football meeting in the final, and while bookmakers expect Sarri to be successful, he'll know that Arsenal aren’t a walkover.

Unfortunately, Arsenal just missed out on a top 4 Premier League spot, and the Europa League offers Emery his final opportunity to make it through to next season’s Champions League.

The Gunners have been playing well and look strong as they come into the Final on the back of a 7-3 aggregate win over Valencia in the Semi-Finals of the competition.

A hat-trick from Gabon striker Pierre-Emerick Aubameyang and a goal from Alexandre Lacazette saw Arsenal through to the Europa League Final with a 2-4 away win in Spain.

The last time Arsenal made it to a Europa League Final was in back in 2000, when they lost to Galatasaray in a spectacular penalty shoot-out.

Emery’s men will be hoping for better success against Chelsea on Wednesday night, and with Danny Welbeck due back after injury, Arsenal's squad is looking strong.

That is apart from Henrikh Mkhitaryan, who'll miss the Europa League Final due to a concern over the Armenian's safety due to Azerbaijan's dispute with neighbours Armenia.

Neither side should underestimate their opponents, it is a Final after all, and as both teams will be determined to beat their London rivals, this one could go either way!

Bookmakers offer Chelsea as the favourites, but Arsenal will be determined to win and earn the right to play in next seasons prized Champions League competition.

Chelsea and Arsenal have met each other a total of 197 times over the years with the latter currently having the upper hand having won 77 fixtures, compared to 63 wins for Chelsea.

There have been 54 Premier League matches between Chelsea and Arsenal, with the latter once again having the better record with 20 victories compared to 18 wins for Chelsea.

Chelsea and Arsenal have never actually met in the Europa League but they did meet each other in the Quarter-finals of the Champions League back in 2004.

The first leg at Stamford Bridge ended 1-1 with Eidur Gudjohnsen opening the scoring for Chelsea only for Robert Pires to equalise for Arsenal just 6 minutes later.

Despite Arsenal taking the lead in the second leg at Highbury through Jose Antonio Reyes, goals from Frank Lampard and a late goal from Wayne Bridge saw Chelsea through.

The last 5 fixtures between these two sides in all competitions have resulted in 2 wins for Arsenal, 1 win for Chelsea and 2 of the games ending in stalemates.

Arsenal have scored 8 goals against their Europa League Final opponents over those 5 matches while Chelsea have managed to find the back of the net on 6 occasions.

The last match contested between these two sides was on the 19th of January earlier this year when Arsenal beat Chelsea 2-0 at the Emirates Stadium in the Premier League.

Goals from Alexandre Lacazette and Laurent Koscielny in the first half in front of a crowd of 59,979 was enough for Unai Emery's team to emerge victorious over Maurizio Sarri's side.

The biggest win that Chelsea have ever had over Arsenal in the previous 10 years was the 6-0 hammering they gave them at Stamford Bridge on the 22nd of March in 2014.

A crowd of 41,614 witnessed the whitewash with two goals coming from Oscar as well as individual goals from Samuel Eto'o, André Schürrle, Eden Hazard and Mohamed Salah.

The highest score that Arsenal have beaten Chelsea by in the same period also occurred in the Premier League, this time a 3-5 away win at Stamford Bridge on the 29th of October in 2011.

Looking at the last 5 games that Chelsea have played in all competitions, they've won 2, drawn 3, and not lost scoring a total of 8 goals (1.6 goals per match) and conceding just twice.

Arsenal's record over their last 5 fixtures is won 3, drawn 1 and lost 1. They've scored more than Chelsea, 11 goals in total (2.2 goals per game) but also conceded more (8).